The NYT carried recently a decent article on the continuing protests against the Socialist-backed government in Bulgaria (“After Political Appointment in Bulgaria, Rage Boils Over”). Of course, it had the obligatory quotes from participants and analysts. One participant stated the obvious: “If you read the biography of Peevski, [the political appointee from the title, who at 21 was once made head of Bulgaria’s biggest port, and a few weeks ago at 32 was put in charge of Bulgaria’s state security agency] he personifies all the problems of Bulgaria” – summed up by an anti-corruption expert as “state capture by oligarchs.” But Haralan Alexandrov, a social anthropologists who has labored tirelessly to legitimize Bulgaria’s noveau riche elite and to present them as victims of largely unjustified public bias, offered a different theory. In his view, an important factor explaining the public antipathy against Peevski is his physical resemblance to the caricatured “exploiter capitalists” presented once in communist-era propaganda.


I have to say I have a different hypothesis partly based on neuroscientific research. Watching and listening to someone with Pevski’s boorishly aggressive persona speak would tend to provoke a visceral reaction which is quite independent of old ideological stereotypes. But, apparently, some social scientists have developed an immunity against this, and a compensatory ability to spin abstracted causal explanations. 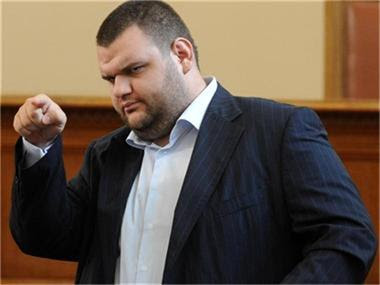 Posted by Ivelin Sardamov at 9:01 AM